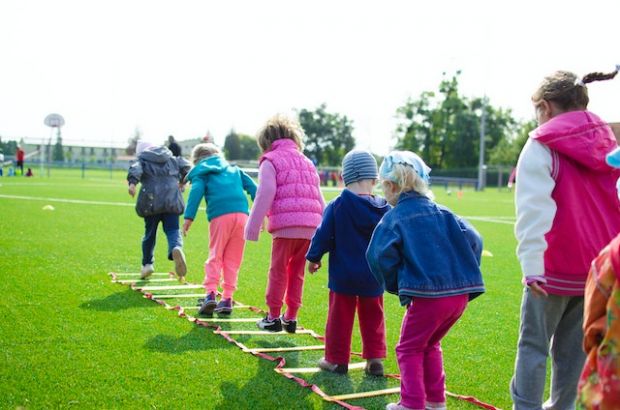 Physical activity levels in children and teenagers across Ireland and Northern Ireland have improved slightly over the past eight years but not all children and teens have an equal chance to be active, a new Active Healthy Kids Report Card has found.

The Ireland North and South Report Card on Physical Activity for Children and Adolescents has found a slight improvement in overall physical activity levels across the island of Ireland since 2016 but has also identified a number of inequalities.

The Report Card was produced as part of the Active Healthy Kids Global Alliance, established in 2014 to create a world of active healthy kids. Close to 70 countries have signed up and taken part in the global alliance to date.

The 2022 Report Card is the third report of its kind for Ireland and Northern Ireland and provides a grade across eleven indicators for physical activity among children and teenagers.

Across the island of Ireland, it is recommended that children and adolescents, aged 6-17 years, attain on average 60 minutes per day of moderate-to-vigorous intensity physical activity throughout the week.

On evaluating data across both jurisdictions, the team of investigators awarded a C minus grade for overall physical activity in children and teens across the whole island, representing a slight improvement on the D grade awarded in 2016. Physical activity grades also improved for ‘School’ (C minus) and ‘Physical Education’ (D), while other indicators remained unchanged, and others yielded inconclusive results.

Grades were also awarded for Organised Sport Participation (C), Active Play (inconclusive), Active Transportation (Ireland D, Northern Ireland D minus), Sedentary Behaviour (C minus), Family and Peers (D plus), Community and the Built Environment (B plus), and Government (B).

A new indicator for ‘Physical Fitness’ was inconclusive due to a lack of available data on fitness levels in children and teens in Ireland and Northern Ireland.

The 2022 Report Card made several recommendations, including the need to further develop policy measures to address the inequalities identified and the need for a framework for the systematic surveillance of indicators related to physical activity for children and teens with disabilities.

Data obtained since the implementation of COVID-19 public health measures began in March 2020 were not included in this Report Card but will be considered in the next edition.

Commenting on the 2022 Report Card findings, Professor of Exercise and Health, Ulster University, Marie Murphy, said: “The 2022 Ireland North and South Report Card highlights progress made in the promotion and uptake of physical activity among children and adolescents across the whole island of Ireland. It is encouraging to see the improvement in the overall grade, which shows that children and adolescents are more physically active compared to the previous 2016 Report Card. However, it also shows that not all children have an equal opportunity to be physically active, pointing to the need to address a range of inequalities as identified in this Report Card.”

Noting the findings for children and teens with a disability, Director of Policy at the Institute of Public Health Dr Helen McAvoy added: “This report on children’s physical activity is timely as it coincides with the recent publication of a review of the Irish government’s National Physical Activity Plan. Progress has been made but strategic investment is clearly needed to accelerate progress and extend the benefits of physical activity to all children including those living in social disadvantage and children with disability.”

Chair of the research working group, Dr Angela Carlin, School of Sport, Ulster University, added: “Gender inequalities were also evident with more males than females meeting physical activity guidelines, in particular in teenagers, while we also found inequalities in socioeconomic status, with children and teens from poorer backgrounds meeting guidelines less often. The findings underscore the need to respond to these inequalities to give all children and teenagers an equal opportunity to be physically active and healthy.”