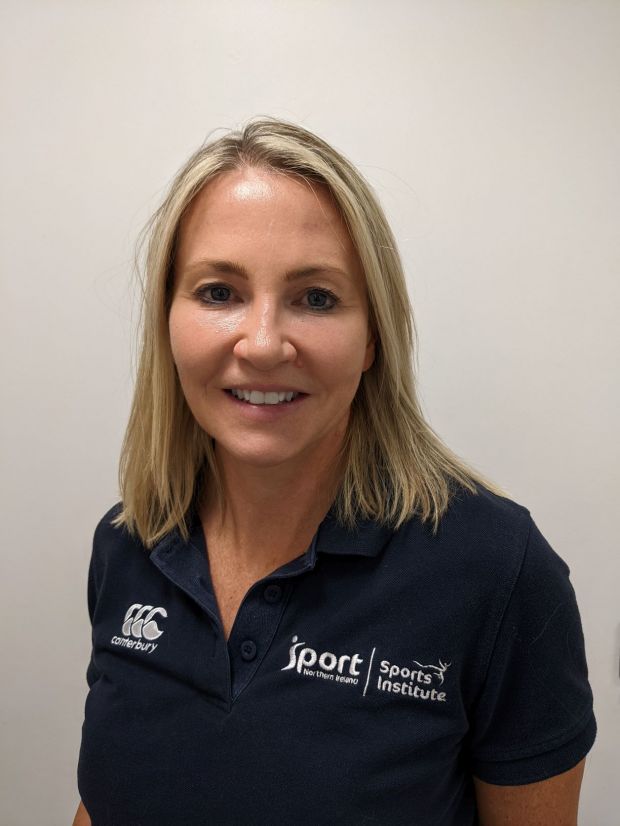 As anyone in sport knows there is no such thing as being an ‘overnight success.’ It takes years of hard work by the athlete and their team. And a woman who knows this only too well is Kerry Kirk, Head of Physiotherapy at our Sports Institute.

We caught up with Kerry before she headed off to the Commonwealth Games in Birmingham where she was assisting with the Judo team and athletes taking part in the Triathlon and Para Triathlon.

She gave us an insight into the months of preparation by the athletes and their dedicated support team ahead of the magic moments they have created on the Games world stage.

She said: “Competition really is the pinnacle, it’s the end result for those athletes. So once we are actually at the Games the hard work has been done. Once we are at the Games most of it is keeping them in one piece and ensuring that they stay fit and healthy.

“There is a lot of the hard work – the multidisciplinary team work that goes on at the Institute is through the winter and the months leading up and in some cases years away from the bright lights is ultimately when the hard work is done.

“From a physio perspective your role at the Games is to ensure that your athletes remain fit and healthy, ensure they recover from competition for their next round and also get on top of anything that may crop up during games period.

“I feel really privileged to be involved with the Commonwealth Games team. My role is lead physio with Team NI. We are a full medical team of 10 individuals, made-up of eight physios and two doctors travelling with us. Unlike previous Commonwealth Games, this one is a slightly different format in the sense that there is one central village where we are over three villages so that does pose a few more logistical challenges than maybe in previous Games. It means we have a bigger medical team than we have had previously just so we are sure that we can offer effective services out of those three sites.
“I’ll be based at Warwick University. I am leading primarily with the Judo team and that’s where they are going to be based. I’ll also be doing some work with the triathlon athletes.

“I love multi-sports games. I love watching the athletes compete. I think for me being under that Team NI banner and just being able to see so many of our athletes compete in one place is just going to be a really exciting and special experience.”