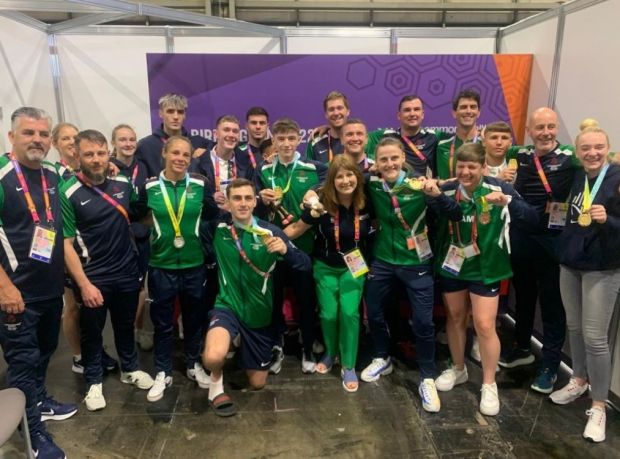 Speaking from Birmingham on the closing day of Northern Ireland’s most successful Games ever with 18 medals and seven gold medals, Antoinette McKeown, Sport NI Chief Executive, said: “On the last day of the Birmingham Commonwealth Games on behalf of Sport NI I want to offer a massive congratulations to our Team Northern Ireland.

“So, I want to say a massive congratulations to our athletes, to the unsung heroes behind our athletes, their coaches, their staff and including the Commonwealth Games Council for making this the most amazing Games ever for Northern Ireland.

“We all know that it doesn’t happen by magic. We have invested a considerable amount of money from the National Lottery, thank-you National Lottery, which has helped our athletes to grow and develop and to bring home the medal haul here at the Birmingham Games.

“So, on behalf of Sport NI I want to say that it has been an absolute privilege to be here at the Commonwealth Games in Birmingham to support our athletes and to witness their sheer determination, their magic and their performance in bringing home these medals.”