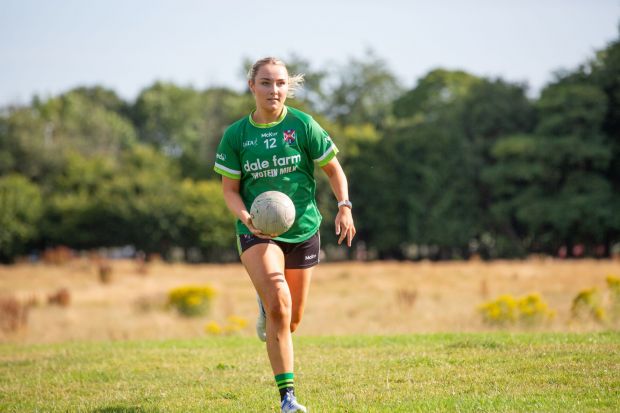 An army of online supporters got behind the Crowdfunder campaign to such an extent it smashed its original £10,000 fundraising target and finished up raising over £48,000 from 322 online supporters. The money will go towards increasing female participation in Gaelic Games, coaching opportunities for women and improving female student mental and social wellbeing.

The university club’s impressive total was thanks to them taking part in Sport NI’s Project Reboot: Activate programme, funded by the National Lottery, that was launched last year to help sporting organisations engage and re-engage people in sport after the devastating impact of COVID-19. The scheme supports sporting organisations or Parent Teacher Associations (PTAs) to raise funds for their particular sporting initiative by setting-up their own Crowdfunder campaign.

Project Re-Boot: Activate has already helped over 90 sporting clubs and organisations raise funds for their sporting projects, with over £400,000being pledged by Sport NI thanks to funding from the National Lottery. 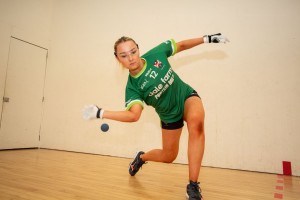 “Raising over £48,000 certainly far exceeded our expectations and it will allow us to do to so much more for women’s participation and coaching opportunities across the codes.

“Sport NI were brilliant in guiding us on setting up our campaign page. Activate also allowed us to tap into other funding from the National Emergency Fund and British Airways, as well as the £5,000 provided by Sport NI. Around half of our fundraising total came from funders and the other half from our supporters.

“What I would say is that we’re living proof that Sport NI’s Activate programme works and it’s well worth it for sporting clubs and PTAs to take part.”

Sport NI match funds the club’s or PTA’s sporting project by pledging 50% (or 60% if in a rural or a socially deprived area) of their Crowdfunder campaign total up to a maximum of £5,000.

The GAA’s female participation project was one of a number of successful fundraising campaigns ran by Queen’s Sport through Sport NI’s Project Reboot: Activate programme, with hockey and rugby among other student sports to benefit. 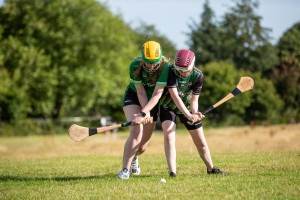 Camogs battling it out on the pitch

Antoinette McKeown, Sport NI CEO, added: “What a great achievement by Queen’s University GAA. This proves just how powerful sport is in galvanizing support in our communities to help make sporting projects like this happen.

“Sport NI’s Project Reboot: Activate has been an incredibly successful scheme and partnership with the National Lottery and Crowdfunder UK to date.

“The benefits of this project haven’t just been financial for organisations, it has helped grassroots sport build back better after the devastating impact of COVID.

She added: “It has also introduced, for the first time, many of our sporting clubs to the benefits of raising money via Crowdfunder UK as well as reaching and engaging with their ‘crowd’ online.”

“I’m looking forward to seeing many more ‘crowds’ getting behind their local sporting campaigns and help sport build, back better,” she said.

The deadline for applications for Project Re-Boot: Activate is March 20, 2023, if funding isn’t exhausted before. The project is part of Sport NI’s Build, Back, Better campaign that was launched to deliver funding to sporting clubs and organisations in the wake of COVID-19. It’s thanks to National Lottery players that Project Re-Boot: Activate can deliver its financial, community support.